Robert Cooper column: Mrs G has the look of one fast lady 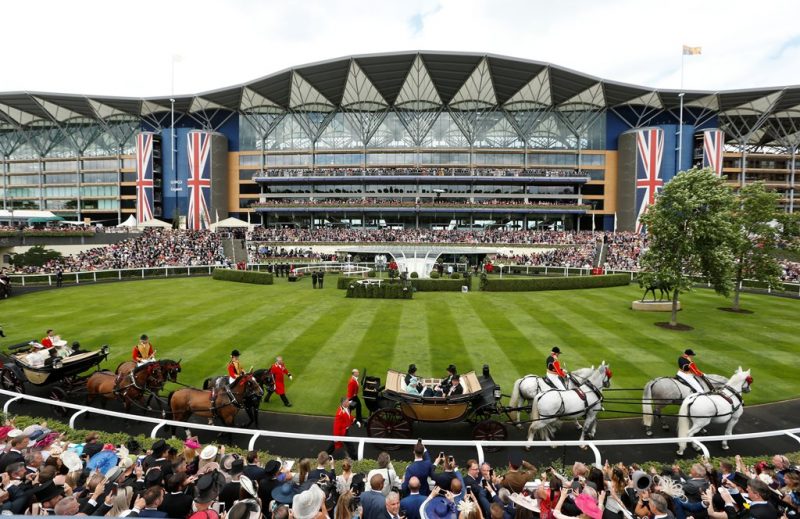 Every trainer is looking for a Saturday Horse; a cut-above-the-average horse to bag a valuable handicap or even better, a group race. They’re hard to come by, and the majority are trained at some of the elite yards in Newmarket, Lambourn or Middleham – and in Ireland, of course, their address is likely to be Ballydoyle Stables, County Tipperary.

Today there are top-drawer races at Haydock, Goodwood and York and at the Curragh there’s the Irish 2000 Guineas. Speed is the key at Haydock for the five furlong Temple Stakes – the winner will clock a time of around 58 seconds – and this is the race above all others I am looking forward to this Bank Holiday weekend.

Charles Hills’ BATTAASH is the red-hot favourite to win the Temple Stakes for obvious reasons; his 2017 season ended with a sensational four-length routing of his rivals in the Prix de l’Abbaye. His only defeat last season was when he had an off-day in York’s Nunthorpe Stakes. Sprinters are a mean and moody breed, and keeping them sweet and tuned up for the big occasion requires skill and patience. The impression I get is that BATTAASH is ready to roll – he’s currently 3-1 favourite for next month’s King’s Stand.

Anyone who saw Tom Dascombe’s KACHY streak home by 9 lengths at Chester will appreciate, these prestige races are never in the bag until you’ve seen off your rivals, and KACHY looks very speedy. Fluff your lines and you could be floundering; if one second equals about six lengths, a slow start or a lack of racing space can spell curtains. Also in the field is the evergreen veteran TAKE COVER, now 11 years old, but a winner four times last season. If only I could run half as fast at his equivalent human age.

In a mid-week rush of blood, I put a few quid [each way] on MRS GALLAGHER [4.00 HAYDOCK]. Prior to handing over the cash, I checked with her trainer William Jarvis that she was an intended runner, as both her wins this season have come on softer ground.

But he felt that today’s firmer going would not be a problem – taking on BATTAASH might be – but to test the water in the sprint division, you’ve got to give it a try. MRS GALLAGHER is a three- year-old filly, and receives a whopping 16 pounds from BATTAASH. It’s Battaash’s first run of the season, and William Jarvis’ filly has already won twice. She runs in the colours of Emma Banks, music agent for Kylie Minogue and Katy Perry among others. She could have a top female equine star on her books.

A big run isn’t as far-fetched as you may think. BATTAASH’s winning streak started from a rating of 100 (now 123) and MRS GALLAGHER is rated 99, and getting faster with every run. “She’s still improving,” Jarvis says, “when she won at Bath [beating MABS CROSS] I was delighted, but when she won at Naas I was really impressed. She showed plenty of promise last season, but never really had the breaks.” She won on her debut at Ascot, and had an impossible draw in the Queen Mary won by Heartache. Today MRS GALLAGHER takes on the lads for the first time but if

BATTAASH carries on where he left off last season, all we’ll see are the scorch marks on the turf.

MABS CROSS, who may have been a trifle unlucky at Bath when runner up to MRS GALLAGHER, made amends next time in the Palace House Stakes. She was a winning tip for the column that day, and it takes a brave man to desert her. MABS CROSS looks a player again today.

Ms G, Josephine Gordon, will be on board MRS G – “Josephine know the filly well,” says Jarvis, “and the relationship seems to be working.” He also reminds me that he is now the fifth most senior trainer at Newmarket, “after Sir Mark Prescott, Luca Cumani, Sir Michael Stoute and Mark Tompkins.” Born and bred at Phantom House Stables, where his father Ryan Jarvis trained hundreds of winners – such as the rocket-like grey ABSALOM.

William spent five “wonderful years” as assistant to Henry Cecil before going it alone. GRAND LODGE will remain the all-time stable star – chinned by a whisker in the 1996 2000 Guineas, he then won the St James’s Palace Stakes at Royal Ascot. This season has started promisingly; besides MRS GALLAGHER, I would be surprised if CHIEF IRONSIDE didn’t win a decent handicap after finishing a solid third behind the Mark Johnston duo at Newbury last weekend – “he had to do the donkey work, and maybe set it up for them.” Still only rated 89, he’s already in my ‘tracker’ bearing the comment, ‘will be winning again soon’.

Also at Haydock, don’t miss the Group 2 Sandy Lane Stakes; all eight runners are entered for the Commonwealth Cup at Royal Ascot. It’s a cracking race, featuring the seasonal reappearance of Clive Cox’s brilliant filly HEARTACHE. Also in the line up is JAMES GARFIELD who ran well in the 2000 Guineas but didn’t see out the mile – this six furlongs should be ideal – however INVINCIBLE ARMY [3.25 HAYDOCK] looks a rock solid bet. He’s ultra-consistent and won earlier this month at Ascot.

GILGAMESH [2.00 YORK] was drawn on the ‘wrong’ side at Ascot in the Victoria Cup but was only beaten two lengths. Provided the rain stays away, he can make amends.

When faced with a choice Ryan Moore gets it right more often than not, so it looks highly significant that he’s elected to ride US NAVY FLAG [4.10 Curragh] rather than GUSTAV KLIMT in the Irish 2000 Guineas. US NAVY FLAG ran well when fifth in the French Guineas, despite stumbling on the home bend. He’ll be suited by the quicker ground.

*This article originally featured in The Racing Paper on Saturday 26 May 2018. Subscribe: http://bit.ly/RAP_DS 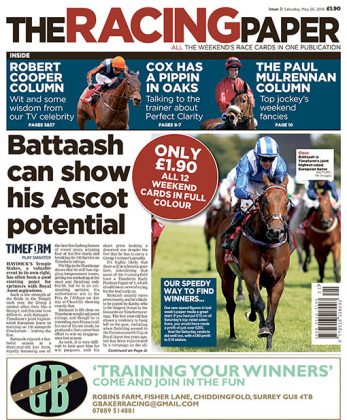