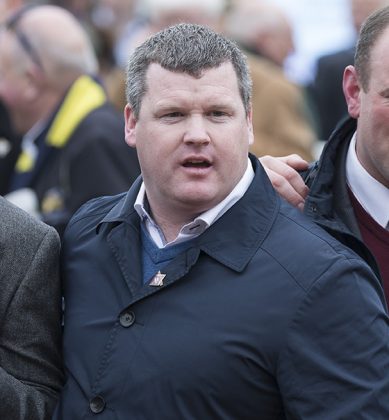 Gordon Elliott says it is all systems go for Cheltenham for Envoi Allen after he won at Punchestown on Sunday afternoon.

Elliott’s charge was the heavy favourite for the Sky Bet Killiney Novice Chase at Punchestown, and he gave 11lbs away to his rivals, including market rival Asterion Forlonge.

Envoi Allen’s challenge was made easier when Asterion Forlonge fell at the first fence, but the seven-year-old still had to fight off Joseph O’Brien’s Fils D’oudairies in the closing stages.

Asterion Forlonge’s second successive fall means sceptics learned very little about Elliott’s charge and the County Meath handler says he sees no reason why Envoi Allen will not head straight for Prestbury Park after he stretched his unbeaten run to 11 races under rules.

Elliott told reporters: “It’s a bit of an anti-climax when the other horse went at the first. Jack said he went around in second gear, with his ears pricked.

“When he asked him to quicken going to the last, he did. He got a bit under the last and quickened again.

“He didn’t mind the ground, and he didn’t do anything wrong. I think he’d be better with a lead because he’s idle, but he had to do his own donkey work.

“He’s in everything at Leopardstown (Dublin Racing Festival) for fear something happened (with any Covid travelling restrictions) in Cheltenham, but I’d say we will go straight to Cheltenham.

“He’s been to Cheltenham twice and showed he can win around it.”