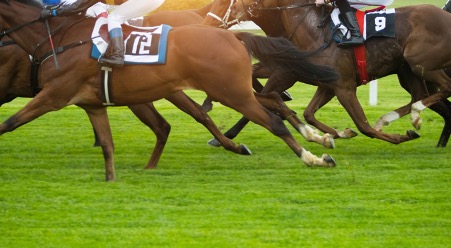 Trainer Charlie Appleby claims the Al Quoz Sprint on Dubai World Cup night is an option for Space Blues after his win at Riyadh on Saturday.

The five-year-old made a winning return following a six-month break with a narrow victory in the Stc Turf Sprint at Riyadh under jockey William Buick.

Appleby was pleased with the victory on Saturday and is now considering the next race for Space Blues, with the Al Quoz Sprint being considered as an option on March 21st.

“Absolutely delighted with that,” Appleby said. “We knew he was a class horse coming into the race and he had a lovely draw. I could see (the ground) was a bit loose for him and our concern was that he might just spin a bit on it, but he’s come back on the bridle turning in like a class horse and put the race to bed at the right time.

“He travels for fun, watching the race there. I’ll be interested to see what William has to say because obviously Dubai World Cup night (Al Quoz Sprint) has to be taken into consideration.”

The post Dubai World Cup an option for Space Blues appeared first on Racing Ahead.