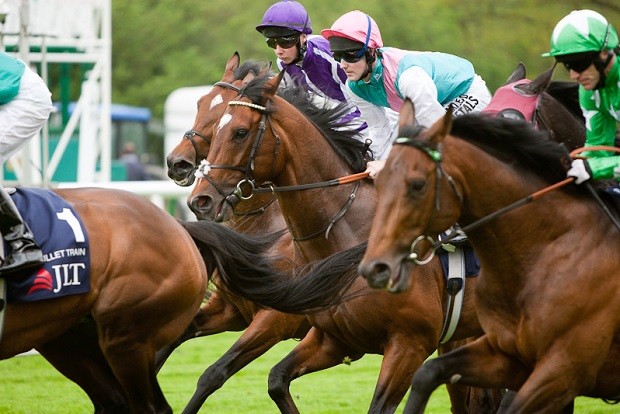 It’s Ayr Gold Cup day at the Scottish venue this Saturday, while the ITV cameras are also heading to Newbury for their Dubai Duty Free Day – We’ve 8 LIVE races in total and we’ve got it all covered with all the key trends for each race, plus our verdict.

RACING AHEAD VERDICT: Euchen Glen is the only CD winner in the field and was a good winner last time out at Haydock, but this is harder now upped into Listed grade. There shouldn’t be a lot between San Donato and Lord Glitters, who are both rated 113, while Fox Chairman is just ahead of them at 114 and can run well too. However, the top-rated in the field is the 122-rated ADDEYBB and despite having to give 7lbs away to the rest looks the one to beat. This William Haggas runner will find this drop into Listed company – from Group One level – a lot easier and can give away the weight. He returned with a fine second in the G1 Prince Of Wales’s Stakes at Royal Ascot back in June, but is a horse that goes well fresh, so the three month break since is fine.

RACING AHEAD VERDICT: This should give us a few pointers towards the Gold Cup, run a bit later on – especially regarding the draw. It’s a race that horses drawn either very high, or very low have done well in recently so with 25 runners in the race those from stalls 1-5 and 20-25 should be taken seriously. We’ve also got last year’s winner in the race – Golden Apollo – who from stall 19 would have a squeak of a repeat win. He’s rated 5lbs higher this time though and the fact he’s not won a race since taking this would be a small worry. With 15 of the last 17 winners aged 5 or younger then of the 25 runners that’s a negative for eight – Admiralty, Louie De Palma, who was a fair 6th in the Ayr Gold Cup last year, Muscika, Brian The Snail, Bernado O’Reilly, Get Knotted, Hyperfocus and Golden Apollo. The Richard Fahey yard have a good record in the race so their runners – Wasntexpectingthat, Brian The Snail, Show Me Show Me and Dylan De Vega would be respected. Of that bunch, SHOW ME SHOW ME (e/w) catches the eye. This 3 year-old is draw 3 so can grab the rail and has plenty of speed. Yes, the step up to 6f is a small worry, but on this quick ground he might be okay. His mark of 91 is looking attractive, having been rated as high as 101 only last year. ARBALET (e/w) is another of the low-draw runners to have onside. This 5 year-old is drawn in 2 and I think it’s a good move by connections to drop the horse back in trip to 6f. He normally races up with the pace and stays a bit further than this distance, while jockey Josie Gordon was an excellent second on the horse at Ascot two runs ago. The lightly-raced King’s Lynn, Aplomb, plus recent winners Hyperfocus and Wasntexpectingthat have to be noted, but the other pick is ATALANTA’S BOY (e/w). This 5 year-old has won two of his last four starts and was impressive at Goodwood last time out. A 5lb rise makes life harder but he’s clearly a sprinter in good heart at the moment and jockey Tom Greatrex, who has won on the horse five times, gets on very well with him.

RACING AHEAD VERDICT: With 15 of the last 17 winners finishing fourth or better last time out, then of the 15 runners this is a plus for EY UP IT’S MAGGIE, ILLYKATO, LULLABY MOON, MAMBA WAMBA, PERFECT TIMES, RED FASCINATOR, SCARLET BEAR, SERIES OF DREAMS, SETANTII GIRL, SHE’S SO NICE, and UMM KULTHUM. Being drawn in stalls 10 or lower is another plus, so with that in mind the two that stand out are ILLYKATO and UMM KULTHUM. The former was a good winner at Windsor two runs ago and ran the classy Happy Romance to 2 ¾ lengths at Salisbury last time out. The form of those two races have since been boosted and she looks sure to go well. However, a chance is taken on UMM KULTHUM, who has only had two career runs. She was last seen running third in the G2 Lowther Stakes at York and that came after being slowly away in the race too. Being lightly-raced she should have more to come and this is also a slight ease in grade – she’s the top-rated in the field too. Of the rest, Scarlet Bear, Country Carnival and Mamba Wamba are others that should make their presence felt.

RACING AHEAD VERDICT: With 10 of the last 11 winners drawn in stalls 8 or higher, then those drawn 1-7, which are Lexington Dash, Rayong, Solidier’s Minute, Young Fire, Gabrial The Wire, Another Beat and Kynren have this as a negative. It’s a race the Kevin Ryan yard have done well in too (won 3 of the last 10) – they run Hey Jonesy and BIELSA (e/w) and the last-named could be interesting. This 5 year-old is drawn 22, so that helps and should be a lot fitter for his last run at Haydock as that came off 2 months out and was also his first after a wind op. He’s won 4 of his 8 career races so knows how to win, while jockey Tom Eaves teamed up with trainer Kevin Ryan to win the 2016 running. Mr Lupton was a nice winner in Ireland last weekend too and despite being up 3lbs for that the jockey – Billy Garritty takes off 5lbs this time so is actually better off. The William Haggas runner – NAHAARR – will be on most people’s radar too, but does need to bounce back from being a beaten favourite at Goodwood last time out. In his defence, he might not have been suited by the track that day and the time before was a nice winner at Newbury – on that form would have a big say with draw 13 giving him options. The final one of interest is ARECIBO (e/w), who rarely runs a back race. This 5 year-old is drawn 25 of 25 and is a past course winner. The blinkers are on for the first time here, while was only beaten 3 lengths in this race last year and returns on a 4lb lower mark. Last year’s third – Gulliver, is another to respect despite having joint topweight of 9-10.

RACING AHEAD VERDICT: I thought WISE WORDS (e/w) ran a great race last week at Doncaster at a big price. He was a close fourth in the Listed Scarborough Stakes and that came off a year off. She clearly retains ability and getting some weight from most of the others can go well. Equilateral and Moss Gill are the two highest-rated in the field, but Wise Words finished ahead of Moss Gill last time out, while Equilateral could only manage sixth in this race 12 months ago. Tis Marvellous got a confidence-boosting win at Leicester last time out and can’t be ruled out, but this is harder and it would be a worry that his trainer – Clive Cox – is currently 0-34 with his 4+ year-olds at the track! So, the other pick is the Godolphin entry – LAZULI. He was 4th last time out in France but that came over 6f and I think the drop back to 5f is a plus. He’s had a small break to get over that last run too and that also looks a positive. Being an easy Listed winner at Sandown back in June then he’s shown he can win in and around this level, while the Charlie Appleby yard have a cracking 31% record with their 3 year-olds at the track.

RACING AHEAD VERDICT: A chance is taken on the John Gosden runner – TENBURY WELLS – to get back to winning ways. This 3 year-old was a winner at Ascot two runs ago and only just failed (short head) at Sandown last time out. He’s had a month to get over that run and in this better race gets in with just 8-8 to carry – that’s 12lbs less than last time. Hollie Doyle riding The City’s Phantom is sure to attract attention and is another that gets in with a low weight, while course winners – Breden, Good Birthday and Chatez are others to consider. The Haggas runner – Ilaraab – has won his last three in good fashion and will drawn the eye with all those wins next to his name, but is up another 6lbs here. MAYDANNY is the other to have onside though. Yes, he flopped at York last time out when fancied, but the softer ground that day wasn’t ideal. He’ll be back on a sounder surface here and having won easily at Goodwood the time before (good ground) then he might be worth giving another chance to. He’s clearly a horse with ability but just needs to be a bit more consistent on the track. He’s rated 11lbs higher than his easy Goodwood win (5 lengths), but if coming here in that form would certainly be a big player.

RACING AHEAD VERDICT: A trappy little race with just four runners, but a case can be mad for them all. Gifts Of Gold won well at Chelmsford last time and deserves to take his chance in this better race, but I do feel he didn’t beat a great deal that day and would need more. Elarqam is the joint top-rated in the field (115) and drops in grade here, but he’s lost his way a bit since a good summer in 2019 and is now five races without a win and does have a bit to prove over this sort of trip for me. Extra Elusive is the other top rated in the field and is the form horse after two nice wins at Haydock and Windsor. Hollie Doyle was riding for both those wins too and remains in the saddle for her new retainer. He’s a course winner too and has run as if this 1m3f trip is well within range, with those last wins coming over 1m2f – can go close. But the David Simcock yard have done well in this race recently and they try again with last year’s winner – DESERT ENCOUNTER. This 8 year-old has run well in his last three races without winning to suggest he’s retaining his ability despite his age and being a proven CD winner is a plus. Jamie Spencer, who was on him last year in his race, rides again and will love the quick ground.

RACING AHEAD VERDICT: With 14 of the last 18 winners drawn in stalls 5 or lower, then this is a plus for ALKUMAIT, FIRST EDITION, BAHRAIN PRIDE, FIVETHOUSANDTOONE and DEVILWALA. However, the Roger Varian yard (17%) have the best 2 year-old track record on show here so their LINE OF DEPARTURE (e/w) catches the eye of the bigger-priced runners. He’s a fast-improving juvenile that’s won his last three, including a lucrative Doncaster Sales race last time out – beating a 104-rated runner into second. Rhythm Master has top form too and was third in a G1 in France last time, but the concern here would be that both career runs have been with cut in the ground. Fivethousandtoone is clearly well thought of too and was an easy winner at Newcastle last time. He’s got a G1 Dewhurst entry on the horizon and should go well. Yes, he was beaten by Bahrain Pride on debut at Windsor, but that came on soft ground. The form has been franked with Bahrain Pride winning again since, but I think Fivethousandtoone looks the more progressive and also the type to be better suited by today’s ground. Devilwala can do best of the rest.